Ecological network as a functionally and spatially connected entity is established for maintaining the habitat types of special importance for the protection, for the restoration and / or improvement of disturbed habitats and for preservation of habitat of the wild flora and fauna. The ecological network consists of: ecologically significant areas and ecological corridors.

The ecological network is managed in a way that ensures the preservation of favorable conditions of sensitive, rare, endangered and habitat types of special importance for the conservation and populations of strictly protected and protected wild species of national and international importance, as well as maintaining and improving functional and spatial connectivity of its parts. . 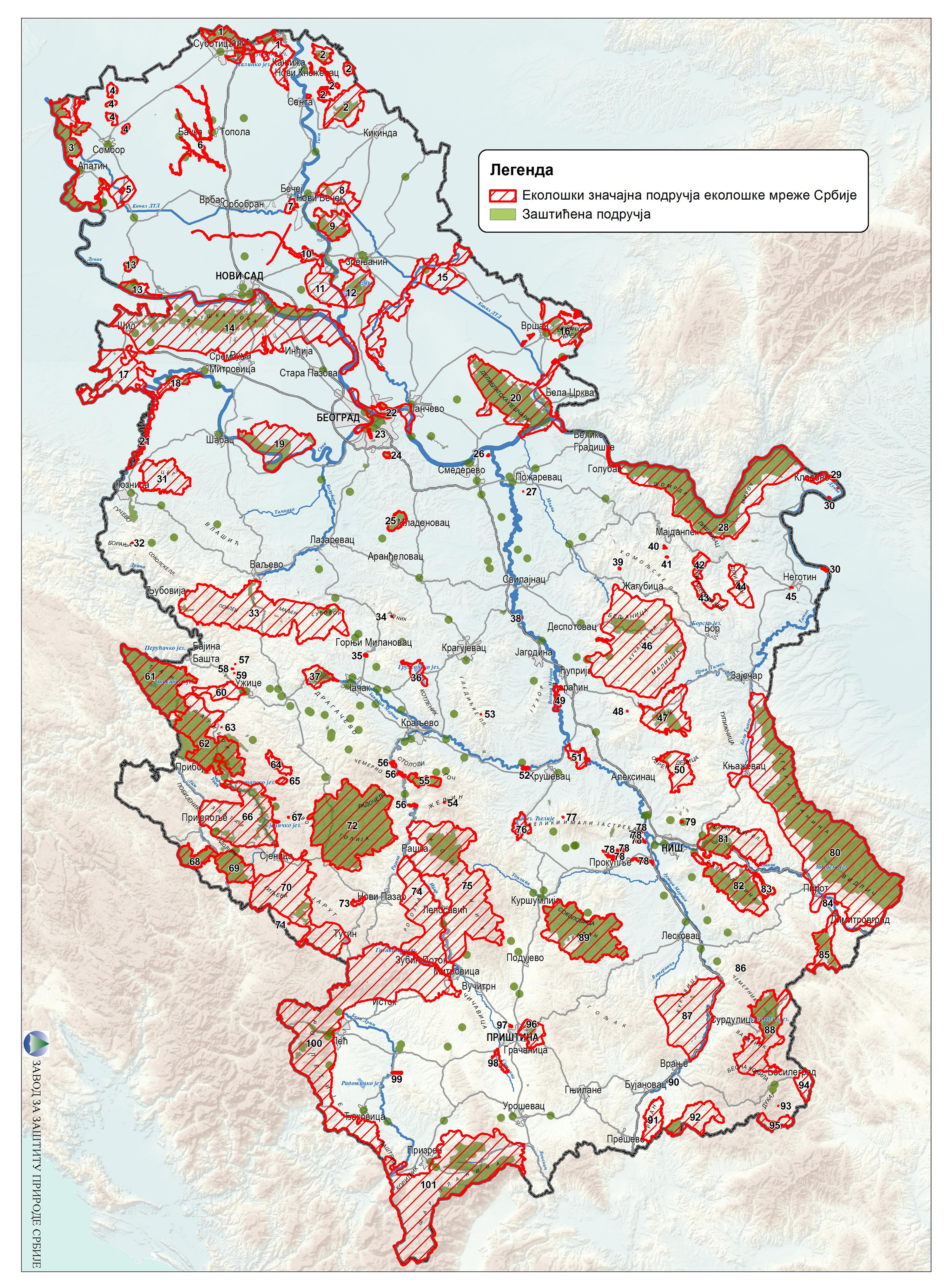 According to the Decree on the Ecological Network (Official Gazette of RS, No. 102/2010), the ecological network of the Republic of Serbia includes 101 ecologically important areas covering 1 849 201.77 ha, which represents 20.93% of the territory of Serbia. These areas include the spatial units in which certain protected areas are located, along with the areas defined by international programs for the identification of Important Plant Areas (IPA), Important Bird Areas (IBA), Prime Butterfly Areas (PBA), Ramsar areas (according to the Convention on Wetlands of International Importance, Especially as Waterfowl Habitats), Emerald Areas (according to the Council of Europe Convention on the Conservation of European Wildlife and Natural Habitats), etc.